About a year has passed since the release of the previous minor version 1.7.7.x., during this time a large number of bugs were found and fixed. In the new version 1.7.8.0. the prestashop team, working on new features, decided to pay more attention to the convenience of the multishops, a slight change in the design of switches, modules and the form of translations. Basically, the changes affected the user interface for the back office, consider the significant ones.

New color system and header for the multi-store.
For the convenience of determining the selected store, a color system was introduced and the header interface was changed. The title is now more informative and convenient.
You can now choose the color of the store in the settings of the maltese store: 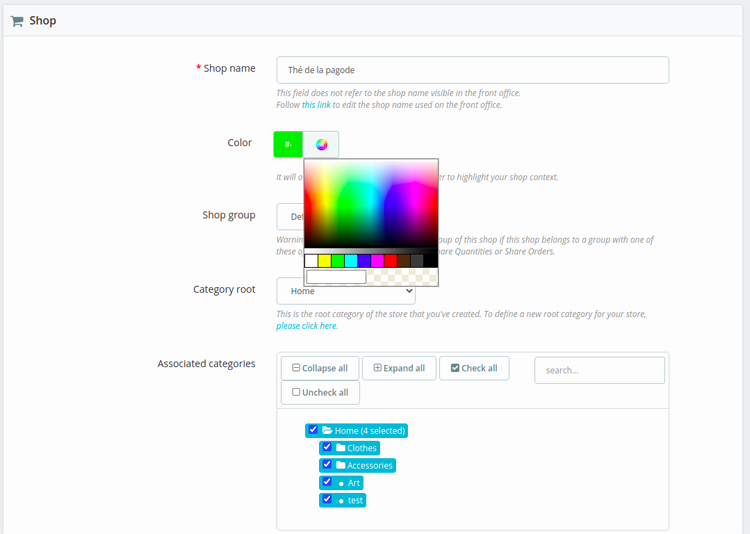 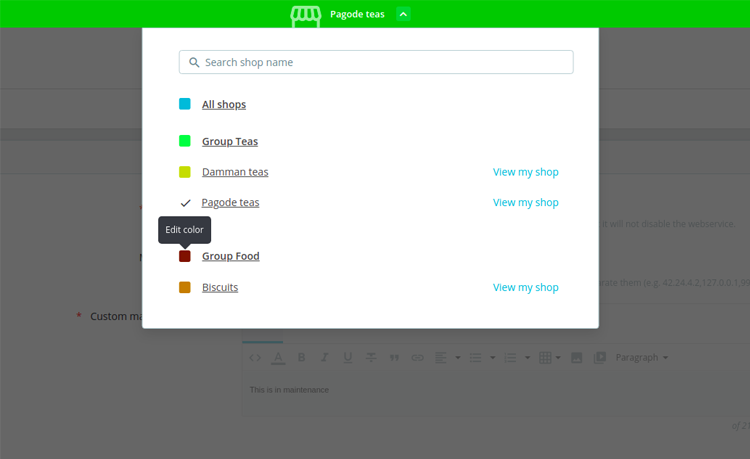 The blue header color is now set by default for All Stores: 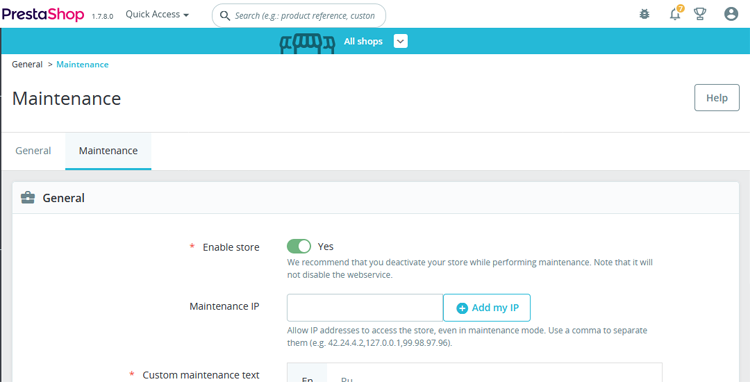 Checkboxes have been added for the multi-store.

Checkboxes will be used to apply different configurations relative to a store or a group of stores. You can use them to enable or disable the display of fields in various store forms. When this version of prestashop is released, only one form on the service page is supported by checkboxes: 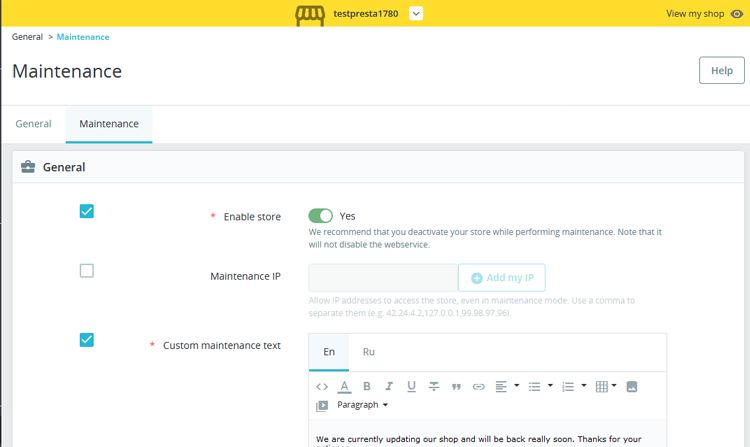 Drop-down lists have been added for the multi-store.

Drop-down lists work in conjunction with the above checkboxes, and only when the All Stores context is selected. The lists show differences in the settings of certain fields for different stores. When this version of prestashop is released, only one form on the maintenance page is supported by drop-down lists: 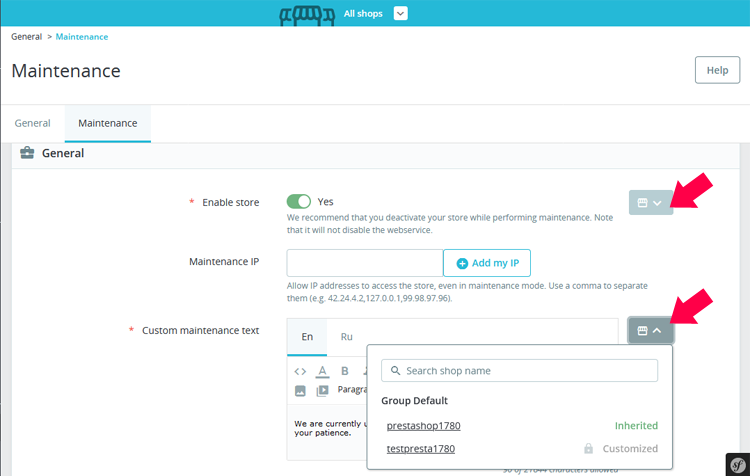 The user interface has become even more user-friendly.

Many informational messages have been added in various places on various pages in the back office to help the user more effectively, inform about certain behaviors as early as possible and to avoid misunderstandings.

The changes also affected the redesign of the translation system, the design of the forms of the modules, the changes in the definitions in the modules for the multi-store. A new tab has also been added – Advanced ParametersExperimental Features.

No votes so far! Be the first to rate this post.