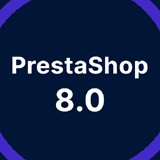 Last week the major version of prestashop 8.0 was officially announced. Recall that the first version 1.7.0 appeared in 2016. Thus, the path of major versions from 1.7.0 to 8.0 was 6 years. And the previous significant change in minor version 1.7.8 took place last year. Let’s now take a look at what’s new in version 8.0.

Note that the new version has lost the 1 at the beginning of the notation. In short, the new version is a continuation of previous versions and is not a major revision, as it was during the transition from version 1.6 to 1.7. In the new version of the main changes have touched the engine code and adding functionality.

The essential difference of the new version is the support of PHP 8.0 and 8.1. However, the minimum requirements have also changed to PHP 7.2.5:

The change also affected many classes and methods that were deprecated in previous versions. Now they are removed. Changes have also affected security, which is reflected in the functionality. And this is already noticeable at the stage of installing a new version.

The changes in security have affected the complexity of passwords. The new version adds an interface for setting password complexity. It is available in the Advanced Parameters -> Security tab: 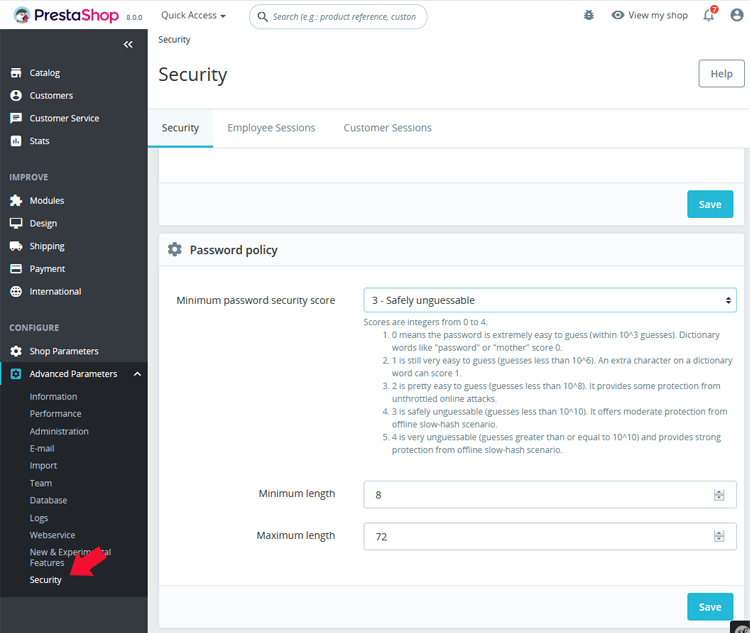 Added support for the popular WebP image format for products. The use of which significantly speeds up the loading of pages. Changes are available in the Design -> Image Settings tab: 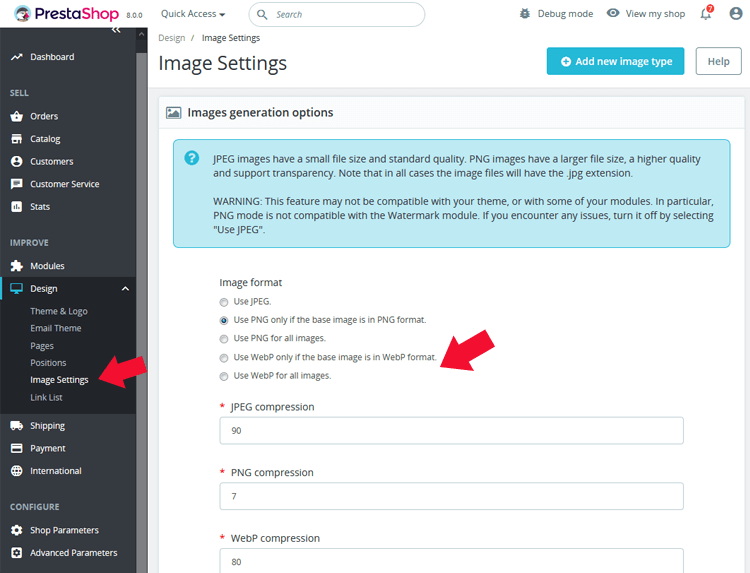 Also added support for the popular Svg image format for the store logo. Changes are available in the Design -> Theme Logo tab: 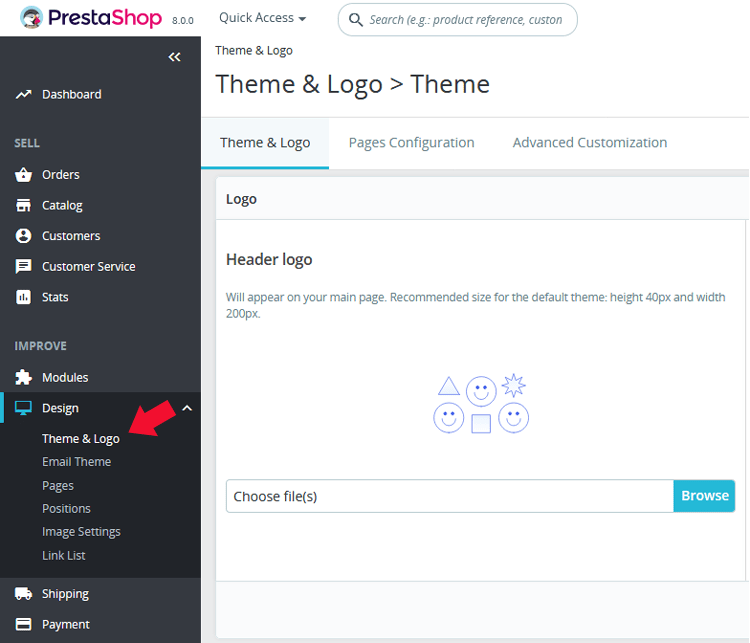 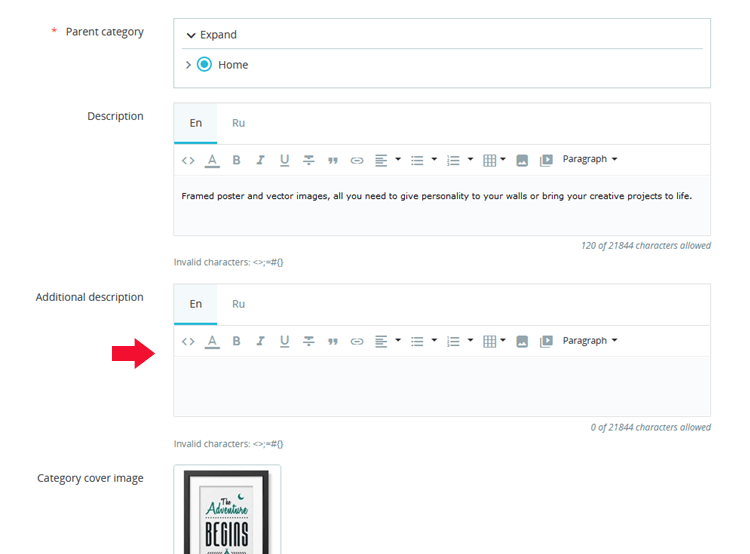 Added management of indexing by search engines of products that are disabled: 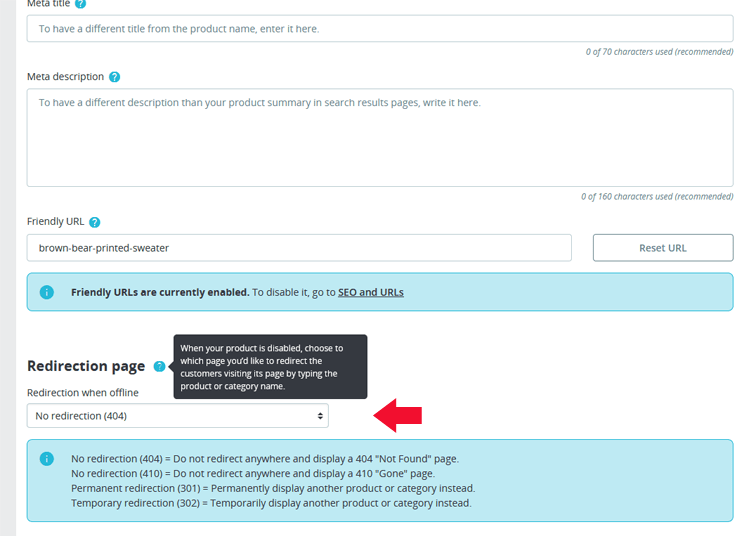 Also, for many pages, the interface for the multistore fields has been improved, this work was started back in version 1.7.8. More about this was discussed in the overview of the previous version: https://webproggi.com/en/prestashop-category/review-of-prestashop-1-7-8-x-what-is-new.html

Additional DKIM (Domain Keys Identified Mail) settings for mail have appeared. A digital signature that guarantees the integrity of the delivered mail. Installing these settings reduces the probability of your emails ending up in the spam folder of users. Changes are available in the Advanced Parameters > E-mail tab: 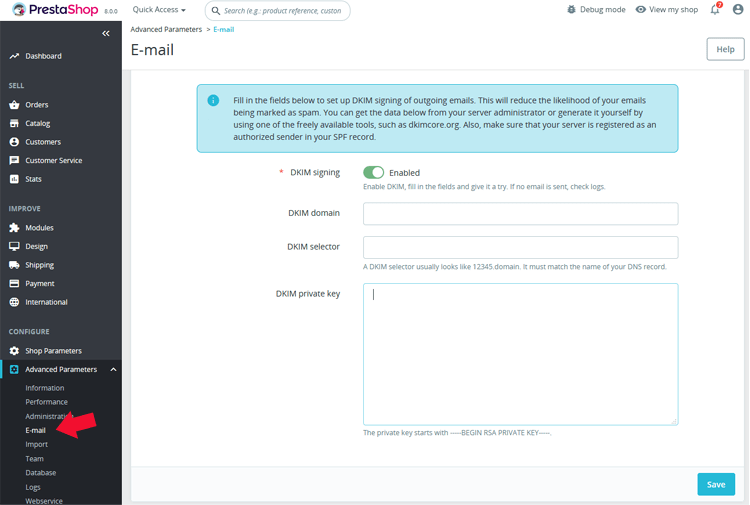 hese are more tangible changes in the new version of prestashop 8.0, there are also minor ones that are not covered in this article. More details about the above and other changes can be found here: https://www.prestashop-project.org/releases/prestashop80/

No votes so far! Be the first to rate this post.